In one way or the other, you will indeed have seen a roulette table before. If it was on TV or in an actual casino does not matter in this regard. And maybe you concluded that all roulette tables got to be of the same type. Especially for beginners, it is not uncommon to lack knowledge and experience about table layout and the significant differences between European roulette, American roulette, and French roulette tables.

Therefore we see it as our responsibility to avoid confusion in the future. Read our following article and inform yourself about the three significant roulette games categories. We will show you how minor changes on the roulette wheels across the games can impact how the game is played and pays. Ready to embark on a geographical journey concerning the evolution of the roulette wheel? Let’s do it!

A Little History of Roulette

If you take the French word “roulette” literally, it means little wheel. Its history dates back to the early 18th century when the mathematician and philosopher Blaise Pascal introduced an early form of the  game in France. For the most part, it is a combination of a wheel and the Italian number board game Biribi. Something distinct about the early period is that the roulette wheel had two zeros and not just one like some may think. One zero was colored red, and double zero was colored black to make the difference.

It came to be a habit that the zero/s were marked in green later on. The renowned casino operators of family Blanc changed the table layout to a one-zero wheel in their German venue. That was considered an attractive alternative to double-zero wheels of the time. The cesura happened in the 19th century when the Blancs mentioned above moved to Monte Carlo and used the single-zero game version. This type became the most popular one and spread across the whole world, except for the United States of America, where the double-zero prevailed. Also, in  Canada, the American version was and is dominant. 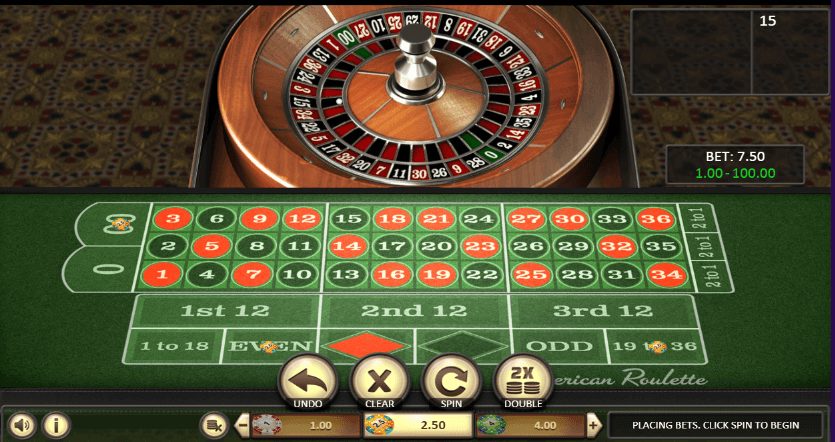 While it took centuries to establish roulette as the beloved casino game, it is nowadays. It took merely decades to do the same for  online casinos. That is because the soil had already been fertilized. Around the end of the 20th century, the first online casinos included online games mimicking the original. This has evolved more and more, and as of now, many players even prefer to play roulette online since it is convenient.

The virtual game is similar to real-life, but it uses Random Number Generators (RNG) to provide numbers and colors. Usually, animations of a spinning wheel simulate the action in land-based casinos. With live  casinos, you have the advantage that you are as close to the original concept as possible. Croupiers are streaming the game via your desktop or mobile screen, and you choose from the available betting options. 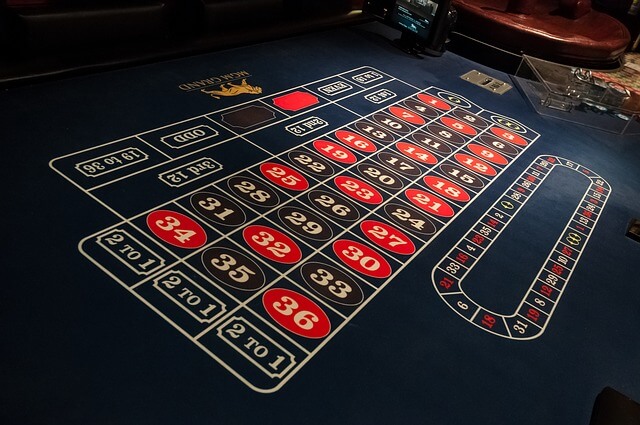 How Roulette is Played

There are two critical sections when you stand at a roulette table or play virtually. The first section is the wheel itself which has numbered pockets. The amount of pockets depends on the game version: the European wheel and the French table have 37 numbers with a single zero, whereas the American roulette table shows 38 numbers with a double-zero. Here the croupier spins the wheel in one direction and the corresponding ball in the opposite direction. Eventually, the ball lands in the boxes marked with the colors green (zero), red or black.

The other integral part is the betting layout. That is the space where players make their bets. The layout can have different forms with the wheel at the end of the table (American roulette) or the wheel in the middle between two layouts (French roulette). The chips required are placed on the lines or corners of the betting zone. There are many bet types, and we have covered them all in the  following article. Nevertheless, it makes sense to name a few of them.

Inside and Outside Bets

Inside bets are bets connected to the inside aspect of the wheel. The payouts on winning bets are good, but the odds of hitting the winning number are not overly high. Some inside bet variations are:

On the other hand, outside bets have smaller payouts but likewise increase the odds of  winning since they are more general in nature. Examples are:

These are examples to dwell on and do not convey comprehensiveness. There are more bets, but for our purpose, they shall suffice. 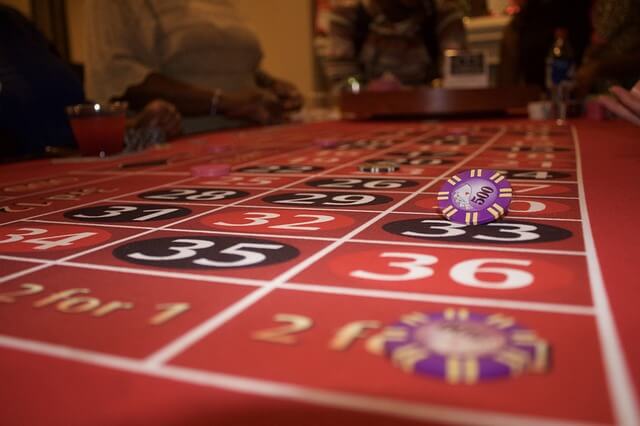 The Difference between American Roulette and European Roulette

The already emphasized difference between the European version and American-style roulette is one zero versus two zeros. Whenever the ball falls into the pockets on the wheel, it can land in a 00-position with American roulette. You should know that the payout on a single-number bet is the same for the two variations: 35 to 1. Accordingly, you get your real money back and 35 times the original bet. But what about the 37 numbers on the European wheel and the 38 numbers on the American roulette table?

You figured correctly. The one other number changes odds and the corresponding house edge dramatically. European roulette has a house edge of around 2,70%, and it is 5,26% for American roulette. Almost double the amount at the same payouts. Generally, the  European wheel is the one you should always choose.

On a side note, there are also differences between the sequence of numbers. If you glance at the first five numbers clockwise, you have 0-32-15-19-4 for single-zero wheels and 0-28-9-26-30 for the double-zero roulette table. That is more of a fun fact than anything else.

Something that American roulette features in no sense are the so-called announced bets. Also referred to as call bets, these are bets that are called by players who place the chips required before the ball lands. Moreover, European roulette and  French roulette share this specialty. They correlate with four different number regions within the wheel. Due to their naming, they are more specifically termed as French bets:

Besides this similarity between  European and French roulette, there are further rules on the French table:

We covered the ground by elaborating on the difference between European and  American roulette and French and European roulette. There is not much more left to say when it comes to comparing all three roulette variants, but let’s sum it up in a couple of points:

And there you have it. Those are the essential differences (and similarities) between the games.

As this article has shown you, the number of zeros available differs from European and French to American roulette. Thereby also the comparatively worse odds and the higher house edge you get with the double-zero wheel. Meanwhile, European roulette and French roulette are very similar and mostly show minor in-play distinctions in terms of bets. French roulette offers savior chances on outside bets whenever the ball hits the green zero pocket. Besides that, you will be confronted with the same type of payout across all variations.

If we may offer a piece of  advice, we would instruct you to hit the tables with a French or European wheel. Since the payouts do not change, whereas the odds decrease indeed with double-zero tables, there is no reason to undermine your chances with American roulette. To play the games for the fun of it, you can always give head towards the free games on  GuruCasinoBonus. Here, you can play roulette in all (!) its variations without any real money strings attached!

Is European or American roulette better?

What's the difference between American and French roulette?

The significant difference is the single-zero wheel with French roulette tables. You also have the so-called French bets on the inside part of the wheel that do not exist with the American version.

Is European roulette the same as French roulette?

It pretty much is. There are some rule additions such as en prison and la partage with French roulette and a slightly differing table layout. But ultimately, the variations share many, many characteristics.

What is the house edge in European roulette?

The house edge in European roulette is approximately 2,70%.

Are all American roulette wheels the same?

They certainly do unless someone unlawfully meddled with them. Recently, there have been developments to replace wheels with two zeros with ones covering three zeros even. That is referred to as Sands roulette, though. The house edge accordingly increases to 7,69%. Nothing very likeable for what it's worth.

How to Win at Roulette: Rules, Tips, and Strategies

Roulette – the ultimate gambling game that everyone loves. Commonly referred to as “the Cadillac of casino games,” roulette continues […]

How to Play Roulette: A Step-By-Step Guide 2022

The roulette game is an all-time classic in land-based casinos and online casinos. The first descriptions of roulette games date […]